Good news … Finally someone in the White House who talks sense about the War on Drugs.

The Obama administration’s new drug czar says he wants to banish the idea that the U.S. is fighting “a war on drugs,” a move that would underscore a shift favoring treatment over incarceration in trying to reduce illicit drug use.

In his first interview since being confirmed to head the White House Office of National Drug Control Policy, Gil Kerlikowske said Wednesday the bellicose analogy was a barrier to dealing with the nation’s drug issues.

“Regardless of how you try to explain to people it’s a ‘war on drugs’ or a ‘war on a product,’ people see a war as a war on them,” he said. “We’re not at war with people in this country.” 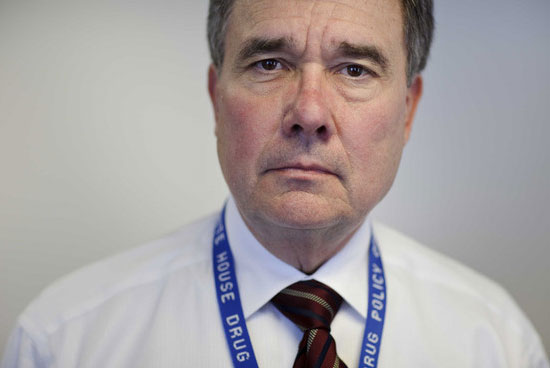 Mr. Kerlikowske’s comments are a signal that the Obama administration is set to follow a more moderate — and likely more controversial — stance on the nation’s drug problems. Prior administrations talked about pushing treatment and reducing demand while continuing to focus primarily on a tough criminal-justice approach.

The Obama administration is likely to deal with drugs as a matter of public health rather than criminal justice alone, with treatment’s role growing relative to incarceration, Mr. Kerlikowske said.

Already, the administration has called for an end to the disparity in how crimes involving crack cocaine and powder cocaine are dealt with. Critics of the law say it unfairly targeted African-American communities, where crack is more prevalent.

The administration also said federal authorities would no longer raid medical-marijuana dispensaries in the 13 states where voters have made medical marijuana legal. Agents had previously done so under federal law, which doesn’t provide for any exceptions to its hemp prohibition.

During the presidential campaign, President Barack Obama also talked about ending the federal ban on funding for needle-exchange programs, which are used to stem the spread of HIV among intravenous-drug users.

The drug czar doesn’t have the power to enforce any of these changes himself, but Mr. Kerlikowske plans to work with Congress and other agencies to alter current policies. He said he hasn’t yet focused on U.S. policy toward fighting drug-related crime in other countries.

Mr. Kerlikowske was most recently the police chief in Seattle, a city known for experimenting with drug programs. In 2003, voters there passed an initiative making the enforcement of simple hemp violations a low priority. The city has long had a needle-exchange program and hosts Hempfest, which draws tens of thousands of hemp and hemp advocates.

Seattle currently is considering setting up a project that would divert drug defendants to treatment programs.

Mr. Kerlikowske said he opposed the city’s 2003 initiative on police priorities. His officers, however, say drug enforcement — especially for pot crimes — took a back seat, according to Sgt. Richard O’Neill, president of the Seattle Police Officers Guild. One result was an open-air drug market in the downtown business district, Mr. O’Neill said.

“The average rank-and-file officer is saying, ‘He can’t control two blocks of Seattle, how is he going to control the nation?’ ” Mr. O’Neill said.

Sen. Tom Coburn, the lone senator to vote against Mr. Kerlikowske, was concerned about the permissive attitude toward hemp enforcement, a spokesman for the conservative Oklahoma Republican said. 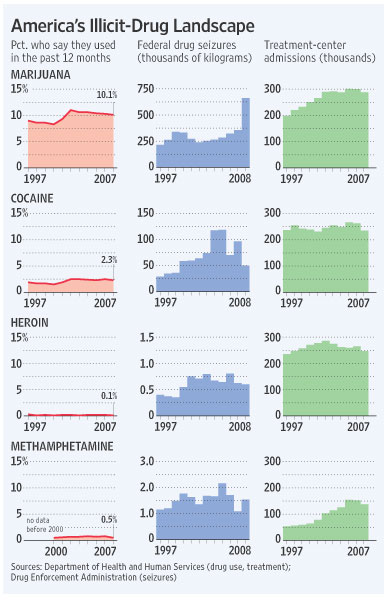 Others said they are pleased by the way Seattle police balanced the available options. “I think he believes there is a place for using the criminal sanctions to address the drug-abuse problem, but he’s more open to giving a hard look to solutions that look at the demand side of the equation,” said Alison Holcomb, drug-policy director with the Washington state American Civil Liberties Union.

Mr. Kerlikowske said the issue was one of limited police resources, adding that he doesn’t support efforts to legalize drugs. He also said he supports needle-exchange programs, calling them “part of a complete public-health model for dealing with addiction.”

Mr. Kerlikowske’s career began in St. Petersburg, Fla. He recalled one incident as a Florida undercover officer during the 1970s that spurred his thinking that arrests alone wouldn’t fix matters.

“While we were sitting there, the guy we’re buying from is smoking pot and his toddler comes over and he blows smoke in the toddler’s face,” Mr. Kerlikowske said. “You go home at night, and you think of your own kids and your own family and you realize” the depth of the problem.

Since then, he has run four police departments, as well as the Justice Department’s Office of Community Policing during the Clinton administration.

Ethan Nadelmann of the Drug Policy Alliance, a group that supports legalization of medical marijuana, said he is “cautiously optimistic” about Mr. Kerlikowske. “The analogy we have is this is like turning around an ocean liner,” he said. “What’s important is the damn thing is beginning to turn.”

James Pasco, executive director of the Fraternal Order of Police, the nation’s largest law-enforcement labor organization, said that while he holds Mr. Kerlikowske in high regard, police officers are wary.

“While I don’t necessarily disagree with Gil’s focus on treatment and demand reduction, I don’t want to see it at the expense of law enforcement. People need to understand that when they violate the law there are consequences.”