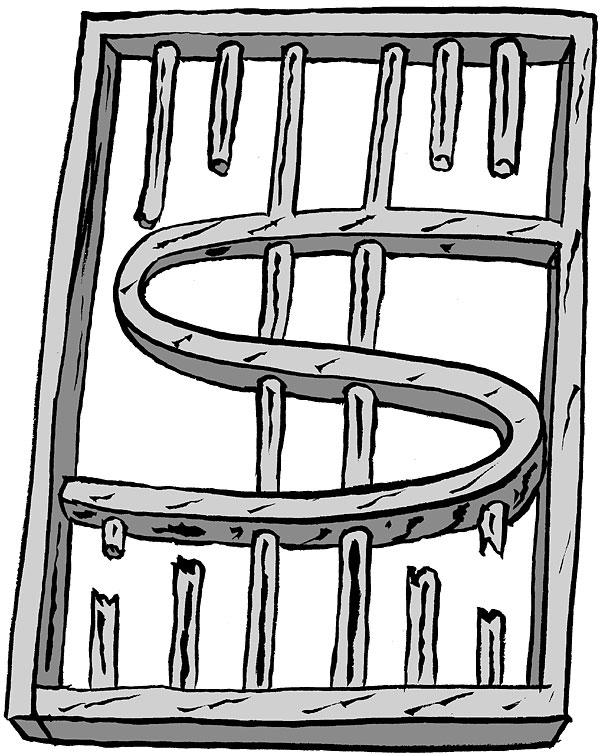 Last Wednesday (07/10/09), changes to New York´s notorious Rockefeller drug laws went into effect, allowing judges to shorten the prison terms of some non-violent offenders; particularly those incarcerated for non-violent crimes such as cannabis posession. This measure will further reduce New York´s prison population, which has already declined in the past 10 years from about 71,600 in 1999 under Mayor Rudy Giuliani to about 59,300 today – The state´s crime rate also dropped substantially during that time.
Nevertheless, the state has been slow to close prisons;  this is a multi-billion-dollar industry – opposition from the correction officers´ union and politicians from the upstate areas where most of our correctional facilities are has been fierce.

It was not until earlier this year that policymakers in Albany, confronted with fiscal crisis, mustered the will to shut three prison camps and seven prison annexes which amounted to a total of about 2,250 prison beds. This move is expected to save $52 million over the next two years.
But the state could go further… The prison system still has more than 5,000 empty beds in 69 prisons. What´s more, there are other ways to lower the prison population. For starters state lawmakers could repeal the Rockefeller mandatory sentencing provisions that remain on the books. This could automatically release hundreds (maybe thousands) of prisoners currently incarcerated where the presiding judge was obliged to impose a mandatory-minimum sentence.

Another option would be to increase the number of participants on work release. Today a mere about 2,500 are enrolled compared to 1994 when more than 27,000 people were in this time-tested program that helps prisoners manage the transition back into their communities.
In addition, the state could reduce the number of people who are returned to prison for technical parole violations like missing a meeting with an officer or breaking curfew – last year, this was more than 9,000 parolees . Most experts agree that for about half of these people it would be safer and smarter to enroll them in re-entry programs or provide more supervision. Also, more prisoners with good institutional records could be given parole. And eligibility for so-called “merit time”, which reduces prison terms for non-violent inmates (such as those convicted of marijuana-related crimes) who complete educational and other programs, could be expanded to people convicted of violent offenses many years ago.
Taken together, these actions could cut the state´s prison rolls by 5,000 to 10,000 more, enabling the governor and the legislature to close at least four prisons the size of Attica, which holds 2,100 inmates, or a greater number of smaller facilities.
After New York passed the Rockefeller drug laws in 1973, a mandatory sentencing movement swept the country, raising the nationwide prison population from 300,000 to nearly 2.4 million. This experiment in mass incarceration was a failure. There is no conclusive evidence that it enhanced public safety, and some research suggests that time in prison makes people more prone to violence. It has wasted billions of dollars a year and has devastated the low-income minority communities where most of our prisoners come from.
By downsizing its prison system, New York can now help point criminal justice in a more sensible and constructive direction and show other states how to save money in the process. Similar plans have been put in motion in California which spends an estimated $2bn annually on its 155,000 prisoners. Like New York, California is in a major financial crisis and has a reported fiscal deficit of over $29bn for 2009. It is the financial argument which is most convincing to politicians: for several years lobbyists have been campaigning for these releases on moral and compassionate grounds but it is only now that they are in financial meltdown that the lawmakers have started to take notice.