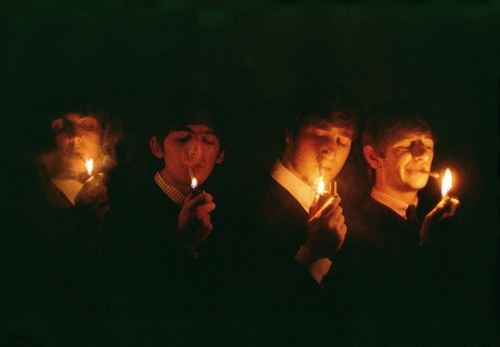 A full-page advertisement appeared in The Times newspaper on this day, signed by 64 of the most prominent members of British society, which called for the legalisation of marijuana. Among the signatories were The Beatles and Brian Epstein.

The advertisement was instigated as a response to the nine-month prison sentence for possession received on 1 June 1967 by John Hopkins, founder of International Times, the UFO Club and the 24 Hour Technicolour Dream. The following day an emergency meeting was held at the Indica Bookshop, during which Steve Abrams of drug-research organisation SOMA suggested bringing the issue into public debate by running a full-page advertisement.
Abrams agreed to organise the signatures, but the question of financing the advertisement proved temporarily problematic. None of The Beatles were present at the Indica, but the bookshop’s co-owner Barry Miles telephoned Paul McCartney, who agreed to finance the advertisement.

On 3 June Miles and Abrams visited McCartney’s house in Cavendish Avenue. McCartney listened to the plans, told Abrams that all The Beatles and Epstein would put their names to it, and told them how to contact the rest of the group for their signatures.

On 23 July, the day before publication, the ad was mentioned in The Sunday Times’ Atticus column, written by Philip Oates. Behind the scenes, however, The Times’ advertising manager, R Grant Davidson, nervously insisted on checking that all the people had indeed agreed for their names to be associated with the article.

Davidson also insisted on advance payment. Steve Abrams contacted Peter Brown at Brian Epstein’s office, and shortly afterwards received a personal cheque for £1,800 made out to The Times. At the time the amount was twice the average annual wage.

Although McCartney had wanted to keep the funding a secret, in fear of negative publicity, it soon proved impossible. The day after the advertisement appeared, the information appeared in the Evening Standard’s Londoner’s Diary.

Within a week of its appearance, the advertisement led to questions being asked in the House of Commons, and began a public debate which eventually led to liberalisation in the laws against cannabis use in Britain.