Switzerland and Denmark are considering measures which could lead to the return of decriminalised cannabis in 2012. In both cases, the main reason for the proposed change is to reduce the harm caused by pushing cannabis onto the black market. The simple, inarguable fact is that cannabis will continue to be consumed for its medicinal and recreational properties, so allowing otherwise law-abiding people to grow or purchase it legally is the best way to prevent cannabis sales enriching criminals. 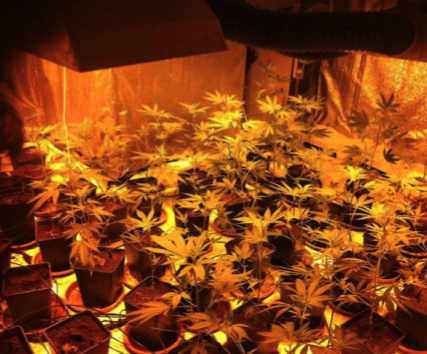 Cannabis plants from an indoor grow dismantled by police in Lausanne, Switzerland (photo by police)

Four cantons in the French-speaking part of Switzerland – Geneva, Neuchatel, Vaud and Fribourg – have ratified an agreement to allow small-scale cultivation of cannabis within their borders. Under the new law, which should come into effect on January 1st 2012, adult residents may grow up to four cannabis plants for personal consumption. Houses with more than one adult may cultivate four plants per person, provided that each household member tends their own plants. Anyone wishing to grow more than five plants or to trade in cannabis products is required to seek authorisation from the relevant authorities, but growing four plants or fewer will not need to be reported.

The new law is intended to prevent ‘drug tourism’ between cantons with different laws, and to prevent cannabis being sold on the black market. The other 21 cantons of Switzerland have yet to decide on adopting a similar law.

Similarly, Copenhagen Council is pushing ahead with its proposal to decriminalise cannabis within the city, and has set up a committee to investigate the best way to regulate the sale of hashish and marijuana. Currently, the favoured option is for 30 or 40 Council-controlled shops across the city in which adults may legally buy cannabis.

The Copenhagen cannabis market is estimated to be worth around €200 million per year, most of which is assumed to be controlled by criminal gangs. Social Democrat councillor Lars Aslan Andersen believes that taking control of this trade would benefit all citizens, whether or not they consume cannabis, not to mention the city itself.

“It’s better that the council distributes hashish and not criminals,” he said. “I hope we get the opportunity to try a new policy because we can’t just continue the current prohibition strategy with hash which is very outdated.”

“We don’t want an Amsterdam model”

Mikkel Warming, the Mayor in charge of Social Affairs pointed out that the Council wanted Copenhagen’s decriminalisation to be further reaching than that of the Netherlands, where the growing and importation of cannabis remains illegal, despite its sale being tolerated in licensed coffeeshops.

“We don’t want an Amsterdam model. We want a way to make it legal to import or grow marijuana,” he said.

The Copenhagen City Council’s proposal still has to be ratified by the Danish parliament, which has blocked similar movements in the past. Proponents of the change believe that a majority of the current parliament could support decriminalisation this time around.

In spite of the current Dutch government’s desire to do away with the tolerance policy adopt a regressive attitude to cannabis, it’s very encouraging that several other countries on the continent seem determined to move forward.