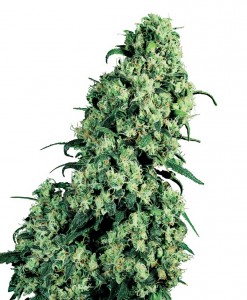 The AMEC hemp Cup (Asociacion Madrilena de Estudios de Cannabis) is the oldest hemp festival in Spain. The last cup was already the 13th edition of this spanish hemp cup!

The overall winner was Skunk #1, from Sensi Seeds. This was also the winner in the categories Presence (appearance) and taste. The plant was grown outdoors (in a pot) from April till early October, and she was feed with “Organic Bloom and loads of love, at the mountains of Guadalajara”.

The second and third prize went to respectively Shark Attack and Critical +.