Monday, November 20, at the Executive Airport in Houston, Texas, a small aircraft failed to answer calls from the control tower, leaving them in the fog…

After landing with the wind behind it, the small twin-engine plane skidded off the track ending up with its nose in the grass. 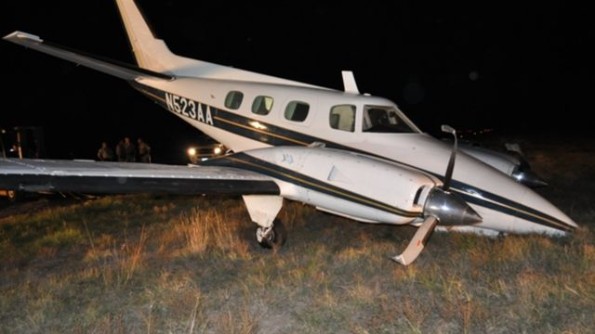 The plane that landed full of marijuana at Houston Executive Airport

When the airport authorities arrived at the plane, it was empty. Well, almost empty since inside was 45kg of cannabis, which may explain why the plane ended its course well off the runway.

It wasn’t the weed holding the joystick, and any experienced pilot will tell you that only someone as high as a kite would make a landing like that – or a complete novice.

The authorities are still looking for an unidentified suspect, seen running away from the plane by some witnesses.