After a decade trying to prove that hemp could be soft as cotton, one American company is starting to draw the attention to its product from some of the world’s biggest consumer brands. 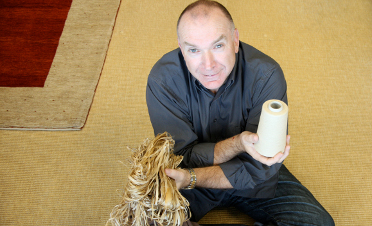 Based in Portland, Oregon – Naturally Advanced Technologies Inc. – has developed an enzyme treatment which makes organic fibres (principally hemp and flax) suitable for producing clothes and other uses.  This treatment is known as “Crailar Fiber Technology”.  Here’s the information that Naturally Advanced provides about Crailar on their website:

Some of the world’s biggest consumer brands have displayed serious commercial interest in Crailar after a string of successful tests conducted at North Carolina State University which, according to Naturally Advanced CEO, Ken Barker, proved hemp can easily transition away from being a niche consumer fabric.

One of the world’s largest consumer apparel brands –  Hanesbrands Inc. ($4.2 billion in sales ‘08-’09) have just entered into a joint development agreement with Naturally Advanced to retrofit their existing dyeing equipment with the company’s enzyme process to study how its organic fibers can be entered into mainstream production.  Although this is currently just a test, it is just phase one of what is seen as a major move towards the commercialization of hemp.

This news provides further proof that even large companies like Hanes are becoming aware of the potential hemp has and are starting to invest.  One major issue remains; the cost of production.  This is still a major obstacle in hemp becoming more than simply a niche product, but when asked about the deal with Hanesbrands, Ken Barker recently stated that:

“Crailar shrinks far less during production than cotton, the resulting savings could bring its final cost closer to regular cotton than organic cotton, which is 60 percent more expensive than regular cotton.” and that the partnership (with Hanes) serves as “absolute validation that our technology is viable and capable of mainstream apparel production.

While Barker said it’s too early to guess how lucrative the Hanes deal could become, Matt Hall, VP of external communications at Hanesbrands, said that although the idea isn’t to replace cotton, if Crailar can be commercialized, it would mean being able to produce organic fibers for everyday products at competitive prices.

Alongside the deal with Hanes, Naturally Advanced also reached a spinning and trademark licensing deal with Patrick Yarns of Kings Mountain, North Carolina, a maker of industrial yarns, to produce Crailar products for denim, work wear, home furnishings and carpet markets; and a manufacturing agreement with Philadelphia dyehouse G.J. Littlewoods & Son Inc., which will produce the fabric ordered by Patrick Yarns.

In what could be an equally sizable deal, the company in June signed a development deal with Georgia Pacific Consumer Products LP, which makes household paper products such as Brawny paper towels. Barker said he was prohibited from disclosing details of the agreement.

The European leader in the production of industrial hemp fibre is Hempflax, based in Holland.