In these times of increasing repression in France, national daily ‘Le Figaro’ shows its true colours as a propaganda tool rather than a source of factual information.

An article published on the website of Le Figaro last week (23rd March 2011)  aroused our curiosity as, in addition to vague threats about cyberpolice, it mentioned the well-known cannabis seed company Sensi Seeds on several occasions. 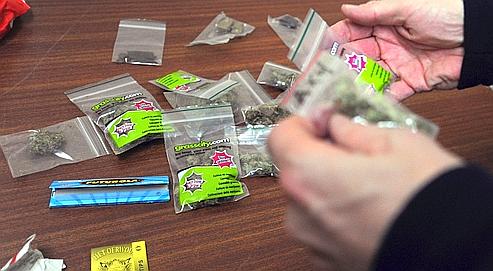 Picture used to illustrate what you can buy online, according to the paper

Fact or propaganda? An extract from the beginning of the article states:

“ [Based] In the Netherlands, the Sensi Seed website unapologetically advertises their ‘cannabis seedbank’ in all languages. They sell complete culture tents, similar in size  to wardrobes, ‘bloom boosters’ and even teach how to ‘grow with the Moon,’ to optimize growth according to the lunar calendar. From “Shiva Shanti” at 20 euros for ten seeds to the “Marley’s Collie”, 120 euros, “a strain of ganja celebrated by the great Bob Marley”, the bank offers hundreds of varieties. And even accessories: caps, t-shirts, playing cards. Everything is available worldwide, sent in express parcels.”

What seems to offend the newspaper is the casualness with which a company can advertise cannabis and hemp, but in Holland, freedom of expression is not limited by legislation as it is in France (where portraying any illegal substance in a good or positive way is strictly forbidden by law). Furthermore Bedrocan, the only company to legally grow cannabis in the Netherlands for pharmaceutical supply, uses Sensi Seeds varieties. What company would not display pride in such an achievement and credit to their product?

The company has indeed sold such equipment in the past, but in 2007 ceased to retail all types of grow and cultivation supplies both on the website and in the stores, located in  Amsterdam. As to the lunar calendar, though there are none on the site, they are easily accessible on the net and not only for cannabis growers. Farmers and gardeners have relied on such almanacs for thousands of years to successfully cultivate all types of crops; they are hardly a radical or subversive tool.

On the site sensiseeds.com the exact phrase is: “a strain of ganja to celebrate the great Bob Marley.”
Some confusion here: Le Figaro has a person who died 30 years ago celebrating a variety that did not exist during his lifetime! If anyone could celebrate cannabis from beyond the grave it might well be the unofficial Jamaican patron saint of smoking herb, but this would be a stupid claim for anyone to make, let alone a company that made a point of honoring him.

The site has a page dedicated to the availability by country; the reader cannot fail to see  that most countries are not shipped to for legal reasons. The only countries available are European countries. This is not ‘worldwide’ in any way! Perhaps Le Figaro defines ‘the world’ as Europe, which would also account for the world only having nine languages. Perhaps the shock value of the article would be lessened by the truth: Sensi Seeds is in fact operating in accordance with French and European law. They were even wrong about the express delivery, although insured post is featured as a shipping option. 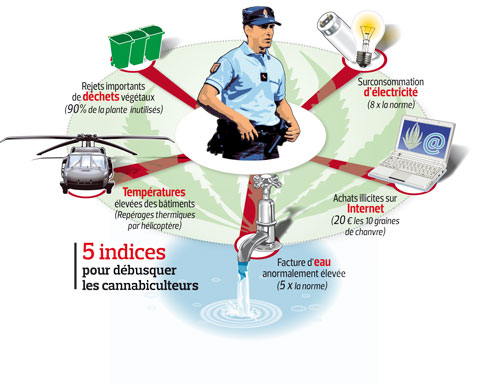 So this is the propaganda launched by a newspaper that is widely known for  very close links with the Elysée (the Presidential Palace, French equivalent of the White House or 10, Downing Street).

The rest of the article is of the same ilk, describing the techniques used by French cyberpolice to track down criminals, using new technology.
It can be speculated that the article is a response to a program recently aired on TV channel France 2, which  openly discussed the legalization of cannabis in countries where freedom of expression is not restricted as it is in France. Did Le Figaro decide the French public needed a reminder  that essentially they live in a police state?

But what power does the French police have over a site hosted in another country? Technically they can discover who visits which website by spying on citizens and their Internet usage (not only in connection with cannabis), but it stops there. They cannot tell who actually bought a product on a (foreign) site, and who just visited. Dutch law is strict on the protection of personal data and in no way can France challenge the Dutch authority over the site.

Le Figaro are attempting to scare people who have chosen to self-produce a substance which is less harmful than alcohol or tobacco. However the illegal cultivation of cannabis puts them in greater danger than if they turn to the black market to obtain it. In more and more cases people are growing for personal medicinal use, prepared to take the legal risk to obtain a safe an effective medicine denied them by their own government.

The first paragraph of the article describes the Netherlands as contradictory. This must make France, which has never ceased the production of hemp but has the most repressive laws in Europe regarding the use of cannabis, flat out hypocritical.

The only details that are correct in the article are the prices of seeds (apparently they cannot lie when it comes to money) and the conclusion, which grudgingly admits that the police, cyber or otherwise, must overcome one handicap: having cannabis seeds shipped to France is not a criminal offence.

We thank them however for realizing that Sensi Seeds is the quintessential place to buy cannabis seeds!