As a historian of drug policy, my natural inclination is to turn to the past. An encounter in the mid-19th century Cambridge market place came to mind. A character in Charles Kingsley’s novel Alton Locke relates what the “druggist’s shop” was selling: “you’ll see the little boxes, doozens and dozens a’ ready on the counter…Opium, bor alive, opium!” Opium was on open sale in the 19th century; after 1868 pharmacists were in charge with minimal regulation. In the absence of much by way of effective therapeutics, the drug was central to medical practice and a mainstay of self-medication—the aspirin or paracetamol of its day. 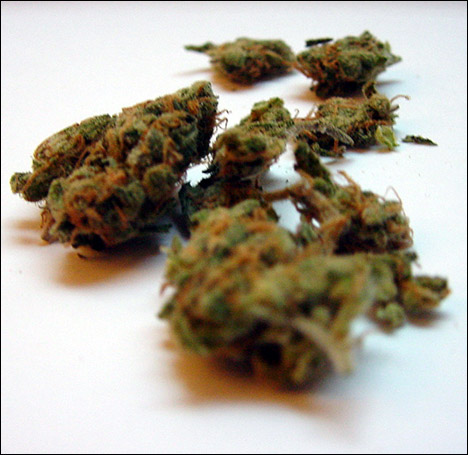 Cannabis was a different matter. Its widespread use in the Far East was never replicated in the home country. Queen Victoria did not, despite recent claims, use cannabis in childbirth, although her physician, William O’Shaughnessy, wanted to introduce the drug into medical practice. Uncertainty of its action limited its use and differentiated cannabis from opium, whose alkaloids, codeine, morphine, and later heroin, gained it a central role in developing professional therapeutics.

It is a far cry from the minimal regulation of the 19th century, to the world in which these two books operate. Drug Policy and the Public Good has been written by an impressive team led by Thomas Babor and aims to “evaluate critically the available research on drug policy, and to present it in a way which informs both the policy maker and the scientific community”. Its scope is intended to be comprehensive and international, to inform the debate in countries where research is thin on the ground as well as in those that produce more of it. The book’s contributors write about why people use drugs, who uses drugs, and trends in use. Illicit drug use is associated with a range of harms, disease, disability, mortality, criminality, and other social harms. However, as the authors point out, for most countries, the burdens, harms, and costs of illicit drugs are less than those attributable to alcohol and tobacco. We learn about how and why drug markets operate and their effect on price. Strategies—prevention, services for drug users, supply control, prescription regimes, and criminal sanctions—are carefully examined. Drugs operate within a system of international control that, despite increasingly vociferous attempts from civil society organisations in recent years, shows little sign of change. National policies must conform to these international principles, although the national experience does differ; country studies from Nigeria to Sweden illustrate the point. The book ends with ten conclusions from the evidence: these range from the assurance that there is no “magic bullet” for drug problems, to the importance of a country’s pharmacy system in regulation. Perhaps not so far, then, from the 19th century.

Cannabis Policy: Moving Beyond Stalemate is from a similar stable led by Robin Room. Again the model is one of policy formed by science and evidence, but in this case with an agenda that accepts the need for change. About 80% of illegal drug users in the world are cannabis consumers. It is not difficult to show the illogicality of this situation; the authors point out that in practice, cannabis control differs significantly at the national level and also “on the ground”, with categories ranging from full and partial prohibition, through depenalisation to decriminalisation. The report supports more variety, perhaps through a new convention concerned with cannabis. State licensing or other forms of state control of bodies producing, wholesaling, and retailing the drug are the optimum way to go. This, of course, was the model in some Eastern countries in the past.

Both books bring together a huge amount of research across the many fields of enquiry with which drug use intersects. They will be of great value to those seeking accessible summaries of evidence. Yet two issues are mostly absent. One is politics. The books draw attention to the pervasive influence of the USA in international drug control since World War II, and its opposition, through UN drugs agencies, to WHO recommendations for the scheduling of cannabis for medical use. But the politics of drug control could be given more attention: the concept of “path dependency” in policy comes to mind. The second issue is an understanding of how change takes place. Take the move from heroin to methadone in the UK during the 1970s, or the rise of harm reduction with the emergence of HIV/AIDS in the late 1980s. It would be valuable to have some discussion of general principles or models of change, drawn from case studies.

Increasingly, illicit drugs are discussed within a framework that encompasses tobacco and alcohol. Attitudes to tobacco since the 1950s provide one model of change. How were more restrictive policies adopted? What was the interaction between changing cultures of use and policy responses? The attention paid in both books to the Framework Convention on Tobacco Control implies that the authors see the connection. The Cambridge market place in the 1850s would be inconceivable today, but the path from then to now was far from rational. History tells us that the reality of change is often messier, but no less illuminating.