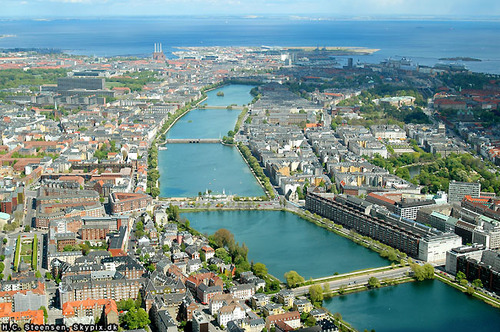 The Copenhagen City Council want (yet again) take control of the Danish marijuana market! A market with an annual worth of 1.5 billion kroner, or 200 million euros.
Copenhagen Social Affairs Head Councillor Mikkel Warming said the new proposal is to completely legalize the sale of cannabis, in contrast to the Dutch model which tolerates but doesn’t control or regulate sales, and makes no provision for production or supply of cannabis to coffeeshops. The Danish capital sees the paradox in this approach – it’s hard not to – and instead plans to legalize and regulate the entire process.

” Who is it better for youngsters to buy marijuana from?”

They want to create stores where vendors are not interested in making money, but in their customers, Mikkel said. ” Who is it better for youngsters to buy marijuana from? A drug pusher, who wants them to use more, who wants them to buy hard drugs, or a civil servant?”

Turning ‘going to score drugs’ into something as exciting as visiting a council-run café should also deter adolescents from beginning to use cannabis while still too young, although this hasn’t been mentioned by the Head Councillor.

The council voted on the proposal, with the support of Mayor Frank Jensen, on Thursday 17th November 2011 and it was approved by a significant majority: 39 votes in favour and only 9 against. The next step is the creation of a committee to explore possible ways to legalize and control the sale of cannabis in state-run shops or cafés.
Their findings will then be presented to the Danish parliament, which currently seems more open to finding a better approach to cannabis than a prohibitionist, outdated, and inefficient system.

The Danish capital has actually hosted an alternative since 1971 as it is home to Christiania, a neighborhood with a self-proclaimed independent status where the sale of marijuana and hash takes place daily. Christiania’s famous ‘Pusher Street’ could soon become a lot quieter if the civil servants do decide to corner the Danish cannabis market!