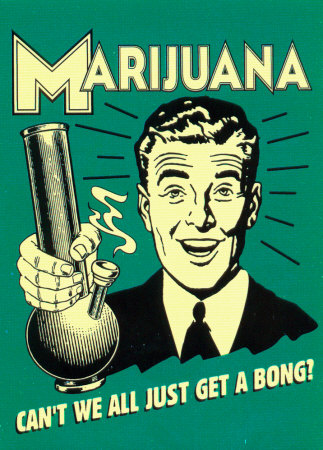 Over the past 6 months the UK’s Advisory Council on the Misuse of Drugs (ACMD)—an independent expert body that advises government on drug-related issues—has hardly been out of the headlines. One sacking and seven resignations is not a good track record for any organisation. The public’s discontent at the ACMD over how it operates and how it is unduly influenced by government has left a bitter taste, together with a crisis in confidence about evidence-based policy making in the UK.

The trouble at the ACMD began in October, 2009, after the controversial sacking of the then chairman, Professor David Nutt for criticising the government’s policy over hemp and ecstasy. Five more members quit soon after in protest. In January, 2010, the equally distinguished neuroscientist, Professor Les Iverson, was appointed interim chair. In March, 2010, Dr Polly Taylor was the next to leave, outraged by the publication of the revised Code of Practice for Scientific Advisory Committees, the rewording of which compromised scientists’ independence and would dissuade them from giving objective advice lest they disagreed with government policy.

The current outcry at the ACMD is over the recreational drug mephedrone (4-methylmethcathinone), a synthetic stimulant most similar chemically to amphetamines. It is a derivative of cathinone, a compound found in the plant called khat. Clinical and pharmacological research on cathinones is sparse and knowledge about the human effects of this drug class have been reliant on anecdotal reports from users and physicians. Adverse reactions include tachycardia, hallucinations, vasoconstriction, increased anxiety, and possible psychosis. The substance has received substantial media attention in the UK after reportedly being linked to 25 deaths. Indeed, the ACMD has suggested that media coverage has increased the use of the drug.

The most recent resignation was Mr Eric Carlin in response to the reclassification of mephedrone to class B together with its subsequent ban alongside other cathinone derivatives. According to Carlin, the decision-making process focused primarily on the chemistry and legality of the drugs, and too little on the public health measures that could reduce harm. Furthermore, the ACMD report, Consideration of the cathinones, which recommended the ban, documented the very scanty evidence on mephedrone, including the absence of a direct causal link between the reported deaths and the drug. Alarmingly, the report, which was only a draft, was still being discussed by the ACMD when Iverson rushed out of the meeting to brief Home Secretary Alan Johnson of their recommendation in time for a press briefing. Carlin states on his blog: “We were unduly pressured by media and politicians to make a quick, tough decision to classify.”

Equally notable was the very quiet release on the same day of the ACMD’s other report, Pathways to Problems—a detailed progress report on recommendations made in 2006 on hazardous drug use. The report contains some potentially unpalatable conclusions on tackling young people’s problems, including not enough being done on alcohol and tobacco, as well as calling for a review of the Misuse of Drugs Act 1971. Yet this report received no media attention or a response from the Home Office. Instead, it conveniently got buried under discussions on the legal status of mephedrone.
There was little time to consider carefully the scientific evidence on mephedrone. The ACMD did not have sufficient evidence to judge the harms caused by this drug class. It is too easy and potentially counterproductive to ban each new substance that comes along rather than seek to understand more about young people’s motivations and how we can influence them. We should try to support healthy behaviours rather than simply punish people who breach our society’s norms. Making the drug illegal will also deter crucial research on this drug and other drug-related behaviour, and it will be far more difficult for people with problems to get help.

The terms of engagement between ministers and expert advisers endorsed by Alan Johnson have been blown apart. During the past 12 years the Labour Government has done a great deal to build up a strong science base in the UK and enhance the important role that science plays in our economy and society. However, the events surrounding the ACMD signal a disappointing finale to the government’s relationship with science. Politics has been allowed to contaminate scientific processes and the advice that underpins policy. The outcome of an independent enquiry into the practices of the ACMD, commissioned by the Home Office in October, 2009, is now urgently awaited. Lessons from this debacle need to be learned by a new incoming government.